International Exhibition of Children’s Book Illustrators “Running with the Wolves”

Martynas Mažvydas National Library of Lithuania invites you to attend an International Exhibition of Children’s Book Illustrators. “Running with the Wolves” is an exhibition of illustrations which features the works of 38 illustrators from Estonia, Lithuania and Latvia. It is a smaller version of the namesake exhibition dedicated to the centenary of the of independence of all three Baltic states and displayed in the London Book Fair 2018. The exhibition is curated by Estonian illustrator Viive Noor.

The exhibits have been inspired by traditional stories about werewolves. A person who is temporarily or permanently transformed into a wolf or other animal is a frequent element in the mythology of many nations, including those of the Baltic countries. A wolf remains an important symbol both in the consciousness of modern man and in the national self-awareness of Estonians, Latvians and Lithuanians. In 2018, a wolf was chosen as Estonia’s national animal over hedgehog. The exhibition curator Viive Noor believes that small nations learn to live quietly like hedgehogs, curled up into a ball hissing with their quills erect, hiding in a corner. However, the nation’s unchecked temper, a relic from the ancient past, manifests itself in the face of danger when the wolf’s jaws emerge from the quills. The Baltic Way or the Singing Revolution are great examples of this. These processes were not, by any means, “hedgehog-like”. Come what may, the wolf was forced to come out from the forest in the face of the threat to the nation’s existence. 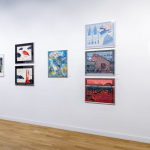 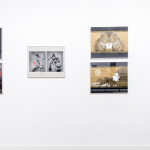 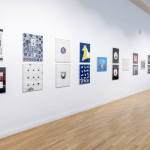 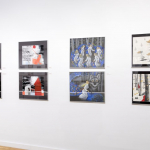 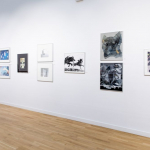 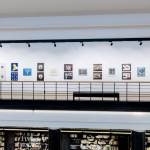 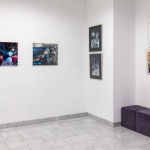 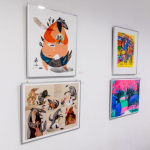 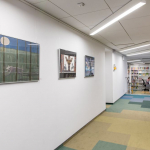 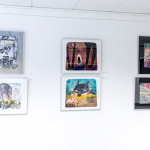 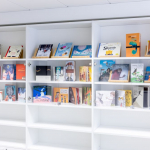