Swiss photographer Arnold Odermatt’s (1925-2021) place in the history of art is inseparable from his biography. Having spent four decades working at the Nidwalden canton police, Odermatt is best known for his series of black-and-white photographs, Karambolage, capturing motor vehicle accidents. Photography was an integral part of Odermatt’s position at the police station: after learning to take pictures by himself, he used the camera to document traffic accidents, which until then had usually been documented by sketching.

The appearance of Odermatt’s photographs in the contemporary art world was due to several circumstances: in the early 1990s, Odermatt’s son, the filmmaker Urs Odermatt, found them while looking for material for a film he was working on at the time, Wachtmeister Zumbühl. Impressed by the quality of the pictures, he started their dissemination: he arranged them into series, soon published the first book of his father’s work, Meine Welt (1993), and later edited other books of his photographs. In 1998, black-and-white pictures of car crashes exhibited at a police station during the Frankfurt Book Fair caught the attention of curator Harald Szeeman. In 2001, working as artistic director of the 49th Venice Biennale, Szeeman included some of Odermatt’s photographs in the Biennale’s general exhibition, forming the selection himself. He justified his choice by stressing Odermatt’s freedom of thought: “we see [...] a marvelous transformation of the policeman into a man of the eye who uses the opportunity to transform and accident into a joy for the eyes.”

After the Biennale, Odermatt’s pictures began to appear in international exhibitions, the publishing house Steidl published three books of his work - Karambolage, Im Dienst/On Duty and In zivil/Off Duty. Odermatt’s autonomous work and its gradually increasing popularity were greeted with mixed reviews and puzzled art critics, who were missing clearer intentions in the artist’s photographs. Some of them, such as the journalist Joe Laniado, who wrote one of the first reviews of Odermatt’s exhibition in 1996, saw his work as nothing more than the collection of objective evidence, requisite in the work of a police officer. Laniado wrote: “But, unlike the cars, when the surface is ripped away, rather than any complexity we find very little to give us the impression that these are anything more than a policeman’s record of happenstance.”

Thus, while Odermatt’s professional biography aroused curiosity and enlarged his circle of admirers, it also often hindered an impartial evaluation of his pictures in isolation from the circumstances of their creation. Over time, opinions on Odermatt’s pictures evolved, as the latter were increasingly discussed as independent artworks, impactful not only as story-telling artefacts but also aesthetically, despite the alleged lack of a clearer artistic ambition.

This exhibition suggests to view the connection of Odermatt’s photographs with his profession not as a factor that could possibly diminish the quality of his work (e.g. exoticizing it), but on the contrary - as a duality that enriches his creative work. Although Odermatt’s pictures were never intended for art institutions, and his photographic practice was inextricably linked to his work at the police station, Odermatt never limited himself to reportage documentary. After taking care of an accident’s record, he would also separately capture images for his personal archive, consisting of tens of thousands of carefully grouped and stored negatives. The photographs presented in the exhibition are therefore not metrics of police work or material for forensic examination; they are meticulous and attentive compositions that required appropriate technical preparation. This is why Odermatt’s mark in the history of photography is not determined by the function of his photographs, but by their unique artistic expression. Organized in the National Library, an institution filled with testimonies of knowledge and different practices, Odermatt’s exhibition is a reminder of the possibility of an unrestrained gaze and creativity, even in professional fields with clearly limited functions.

We will not find the victims of the accidents in Odermatt’s shots, while the collided vehicles look more like expressive modernist sculptures than the aftermath of an accident. Over the forty years of the Karambolage series’ creation, the vehicles captured in the photographs were evolving, while the roads crossing the mountainous Swiss landscape turned into highways. Karambolage is thus not only a series of photographs but also a document of transport history. Finally, Odermatt’s work also remains relevant for capturing the relationship between man and technology, technological progress, its unmet expectations, and the possibility of human error.

The black and white Karambolage series in this exhibition is presented alongside photographs from the Im Dienst series, depicting colored car backlights melted by heat. One night in 1982, these cars were parked next to a burning house in the village of Hergiswil. During the preparation for the exhibition, Robert Springer, director of Galerie Springer Berlin that represents Odermatt, stressed that one of these photographs is perhaps the most accurate reflection of Odermatt’s touch and his oeuvre in general. As in his many other images, attention to detail is crucial here. The picture shows the red and white backlights of a Mercedes melted into wavy symmetrical horizontals, their edges fitting neatly to their designated place on the car; only in one spot the yellow plastic of the turn signal runs slightly off and down the surface of the car. The consequences of the fire have given the light source a new shape, an unexpected yet harmonious blend with its surroundings. In this shot, the damage to the vehicle and the subsequent structural changes are presented not as an end, but rather as a possibility of continuity, a promise of new, unexpected relationships and forms. Such an outlook on Odermatt’s work and this exhibition is an open suggestion to avoid clinging on to ideas of linear progress, choosing cyclical, fluid ways of being instead.

Translated from Lithuanian by Alexandra Bondarev

Arnold Odermatt was born on 29 May, 1925 in Oberdorf, Canton of Nidwalden, Switzerland. He attended primary and secondary schools in Stans, where he later completed his studies in baking and confectionery. Odermatt joined the local police force in 1948, retiring only in 1990 with the ranks of first lieutenant, commander of the traffic police and deputy commander of the Nidwalden police. Odermatt spent most of his life in Stans, where he died in June this year.

Curator of the exhibition: Gerda Paliušytė

The exhibition was supported by the Lithuanian Council for Culture

On the 6th of September, 2021 (from 10 to 11 pm) a listening session, created by the artist Antanas Lučiūnas took place in the exhibition.

I just wish we could understand each other

Be aware of how the sound hits your body!

Filling the creases in the space.

The soundtrack to your motion,

the backdrop to your thoughts.

Bootleg is a call for a different path tonight.

A multitude of intensities through a listening session.

Sampling and building morphing narratives. Showing you a generous

phonetics and motifs across genres together with unreleased vocal compositions.

Antanas Lučiūnas (b. 1997, Kaunas, Lithuania) is a Vilnius based visual artist, vocalist and dj. Their work combines performance art, writing and sculpture. The artist's practice has a strong emphasis on collaboration, in a wish to achieve a multitude of affairs, merging fragments of queer theory with personal experiences and topics of intimacy, accuracy and desire systems. Their work frames itself in the mannerisms of popular music and club-like situations with leisured choreography and physical culture. In a goal to attain a sense of release within a controlled setting. Creating intersectional environments in between scripted and improvised situations, they are trying to exercise spatial understanding where these factors are constructed, enforced conditions of life and codependency. At times these determinants are personal, sometimes communal and normalised contingencies opening conversations between practitioners and audience. 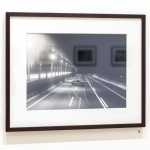 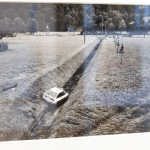 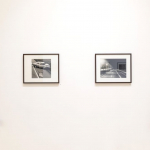 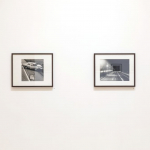 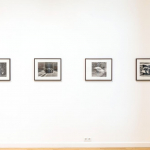 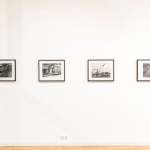 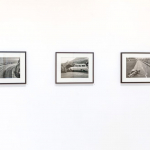 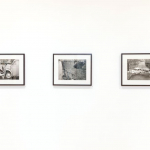 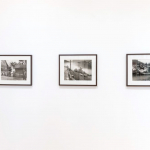 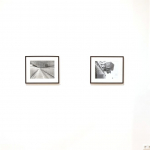 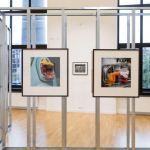 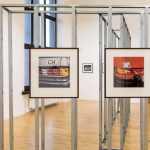 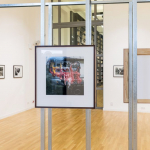 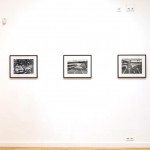 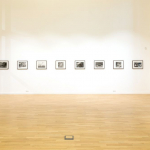 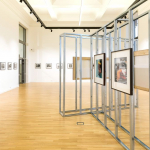 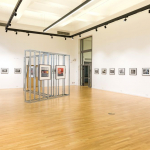 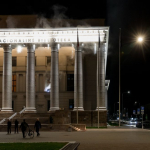 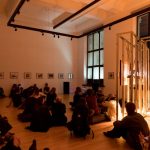 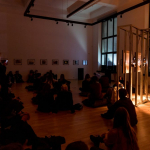 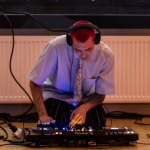 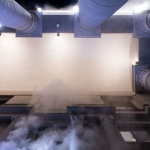 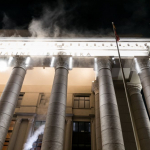