Exhibition “Edis Jurčys. Anxiety of being“

Klaipėda-born Edis Jurčys lived in this city until 1981. The photographer’s name is rather well known in Lithuania. Although the artist has lived in the United States for more than three decades, he always tries to first present his latest works in his home country, which he visits almost every year. At the end of last year, he donated a portion of his photographic archive to the Klaipėda County Ieva Simonaitytė Public Library. It represents the largest part of his photographic archive held in Lithuania. The result of cooperation between the artist and the Klaipėda County Ieva Simonaitytė Public Library which has lasted for more than a year is not only an exhibition of the photographer’s latest works travelling around Lithuania, but also a retrospective photo album titled “Being Near” (compiled by E. Jurčys and D. Ruškienė) released last year.

The exhibition “Anxious Life” was created as a response to today’s world, which has been in the grips of the pandemic for the second year as well as in light of the catastrophes and social conflicts that the world is facing. It has already been unveiled in Klaipėda and Šiauliai. This specific part of the photography series was chosen for this exhibition as it has not yet been displayed in the capital of Lithuania. “The Power of Death and Life” is about the dangers of indifference. The artist delves into the topic of climate change and the extreme climatic changes observed in specific regions which lead to adverse consequences. His photographs depict California wildfires ravaging entire villages and towns, destroying livelihoods and killing people. According to E. Jurčys, his current works can be viewed as visual diaries, expressed by means of photography. Thus, this time he focuses on global topics rather than local ones that he explored previously. They are particularly relevant today because they serve as a warning and signal about a threat that humanity is facing. These works will also be relevant for the future generations as they will preserve the traces of the past and serve as a historic reminder. The author says that it is important for us to raise our voices to address this issue, to draw public attention to the fact that climate change is a huge problem and that we are all responsible for it. And while we do not see people in E. Jurčys’s photos, their presence is felt throughout his works. Everything that is depicted in those images are the result of human activity. They reflect the consequences of people’s decisions, the resulting catastrophes and tragedies, and subsequent efforts to bring back life by rebuilding homes and restoring livelihoods in the very same places. E. Jurčys plans to work on the topic of climate change in the future and to visit the villages ravaged by fires where life has been returning to normal. To quote the artist himself: “I want to see it, to discover the beauty, to watch the ashes giving way to new life.” Although E. Jurčys’s photographs are imbued with a sense of angst, they do not convey an apocalyptic tone. In his works, black is always accompanied by white. New grass, trees and houses can emerge from ashes. The author demonstrates that a new beginning is possible even in barren, lifeless places. One simply has to believe that it is possible.

E. Jurčys was born in 1957 in Klaipėda. He started taking pictures while still at school. Around the same time, he started exploring the world of film making. After finishing school, he began cooperating with the LSSR Society of Art Photography (from 1989 onwards known as the Association of Lithuanian Art Photographers). This gave new momentum to his career in photography. Shortly after he went to work in Moscow, and in 1989, he emigrated to the United States. He currently lives and works in Portland. He is a freelance photographer and videographer working on editorial and design projects and creating documentaries. E. Jurčys has created over 20 photographic series focusing on highly relevant social topics, and organised over 30 solo exhibitions (in Portland, Seattle, Lithuania, Austria, Belgium, Hungary, Japan, and New Zealand, among others); he also participates in group exhibitions, and has received a number of important awards and honours.

According to the curator of the exhibition D. Ruškienė, the works of E. Jurčys are important not only for the history of photography in Klaipėda, but also that of Lithuania as a whole. His creative style, which began to take shape during the Soviet era, underwent the most significant transformations during the period of the Restoration of Lithuania’s Independence as well as during his years abroad. All this explains why E. Jurčys’s photography is so unique in the context of Klaipėda and also stands out in the photographic landscape of Lithuania. His works reflect global photography trends, while at the same time preserving the traditions of Lithuanian artistic photography. E. Jurčys is deservedly considered one of the most prominent representatives of humanist photography in Lithuania. 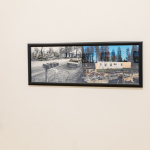 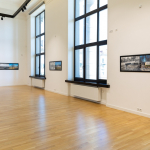 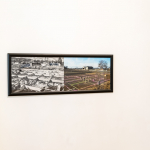 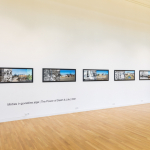 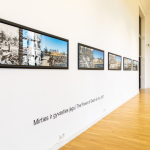 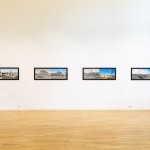 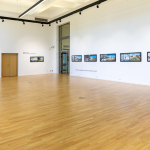 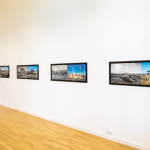 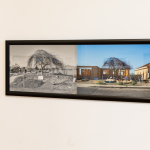 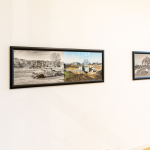 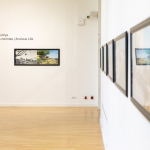