The results of YIVO Vilnius Project phase one presented

On 23 June 2016, Martynas Mažvydas National Library of Lithuania was visited by a delegation from the YIVO Institute for Jewish Research, who was introduced to the results of the YIVO Vilnius Project phase one.

The aim of the project is developing the largest digital Eastern Europe Jewish historical memory library and it is implemented by cooperation of Martynas Mažvydas National Library of Lithuania, Office of the Chief Archivist of Lithuania, and the YIVO Institute for Jewish Research. According to Prof. Dr. Renaldas Gudauskas, Director General of Martynas Mažvydas National Library of Lithuania, the preservation of cultural heritage of Vilnius, as a former centre of Eastern European Jewish intellectuals, and its actualization for future generations is an important part of the mission of national memory institutions.

The YIVO Vilnius Project is an attempt to preserve, digitize and join the pre-war YIVO archives of New York and Vilnius in a special web portal and to restore Matas Strašūnas Library of Vilnius, one of the largest pre-war libraries in Europe, in virtual form. According to Dr. Nijolė Bliūdžiuvienė, the Manager of YIVO Vilnius Project and the Director of the Information Studies Department, in the first year of implementing the project in the National Library, 707 books in Hebrew and Yiddish have been conserved and digitized, 101 981 pages of Jewish heritage documents were scanned and their quality control was performed, and 374 new entries were added to and 1,085 entries were corrected in the National Bibliographic Database. In total, 4,000 books are expected to be digitized within the project, which forms a valuable collection of Eastern European Jewish intellectual creation.

Sandra Leknickienė, Deputy Managing Director for Development of Information Resources and Services, presented the concept and activity of a Jewish Research Centre, which will be established in the renovated premises of the library. 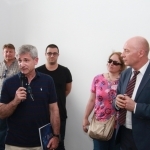 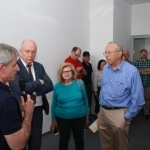 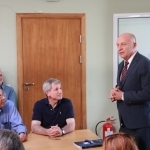 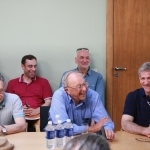 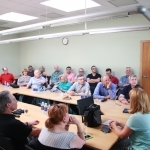 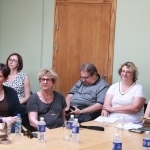 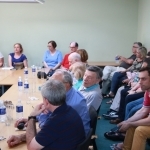 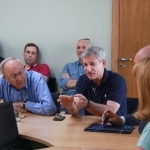 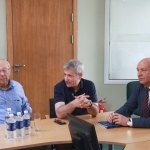 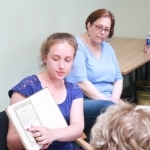 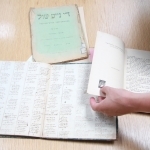 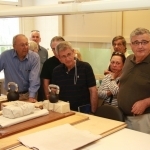 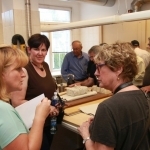 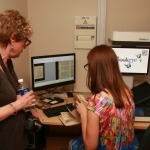 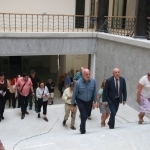 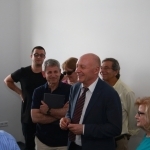