The National Library is now open

After eight years of reconstruction, the Martynas Mažvydas National Library of Lithuania was opened on 2 September. The celebration started on Friday with an official opening ceremony and continued throughout the weekend: on 3-4 September, the Library was open for everyone to see the renovated Library spaces and the activities planned and organized there.

The official opening ceremony of the National Library in the evening of 2 September was attended by the Lithuanian President Dalia Grybauskaitė, Speaker of the Seimas Loreta Graužinienė, the patron of the opening celebration Prime Minister Algirdas Butkevičius, Ministers of Culture of Lithuania, Latvia, and Estonia Šarūnas Birutis, Dace Melbārde, and Indrek Saar, the Mayor of Vilnius Remigijus Šimašius, ambassadors of different countries, famous politicians, representatives of culture and media, and many other honourable guests.

The celebration was directed by Dalius Abaris and the guests were entertained by the New Ideas Chamber Orchestra (NICO), Saulius Petreikis, Rūta Žibaitytė, Raimondas Dauginas, and the percussion band of the Lithuanian Army Orchestra. The walls of the National Library came to life with the Kinky Knot New Media projections and the texts leading through the history of the Lithuanian literature were read by Sigita Trainauskienė and Rytis Zemkauskas. The host of the event was Marijus Žiedas.

“We have been waiting for a long time for reopening of the Martynas Mažvydas Library and have invested a lot in renovation. Many Lithuanians have spent days and days in this Library and have many precious memories associated with it. Looking back we understand the value and meaning of those days. The new generation is about to experience the same, but on a new level of modern technology,” said the President Grybauskaitė.

According to the Speaker of the Seimas Graužinienė, it is symbolic that the National Library of Lithuania and the Parliament of Lithuania are housed in neighbouring buildings. Those two essential buildings have seen the crucial historical events and the fight for freedom. Ms. Graužinienė expressed a wish that the reopened spaces of the Library become the centre of attraction, a rich source of knowledge available to everyone, and most important, a space for young people coming to and leaving the library with a smile on their face.

The Prime Minister Butkevičius congratulated the Library staff and said: "Today is the new birthday of our National Library. The renovation was not restricted to the walls. The Library is creating innovative content. It has become a modern place of knowledge, wisdom, and community. It has opened new spaces for art, music, business, meetings, proactive young people, and families with small children."

The Ministers of Culture of all three Baltic states spoke in the opening celebration. They were pleased with the revival of the cultural centre and emphasized the importance of cultural partnership and cooperation among Baltic states.

“The renovated National Library of Lithuania reminds us of symbolic signs of human spirit: man-to-man, man-to-book, and word-to-word meetings.  According to Prof. Viktorija Daujotytė, the highest creative intensity is achieved at the meeting point of texts, books, and eyes of people. A library is that special meeting place. Thus, the National Library of Lithuania, or the national house of books, is the home to the national identity, spirit, wisdom, creation, and advancement,” said Prof. Dr. Renaldas Gudauskas, Director General of the National Library, to the guests and viewers of the ceremony broadcast live via LRT Kultūra channel.

A book is the best gift to a library. Therefore, the guests attending the official opening celebration presented many valuable publications as gifts to the National Library. They will soon be available on the shelves of the reading rooms and the readers will also be able to enjoy these gifts.

In the morning of 3 September, the visitors of the National Library were welcomed by jazz music at the central entrance. The artistic installation The Big O (Didysis O) by Žilvinas Kempinas was displayed in the atrium of the Library and the Fluxus exhibition – in the gallery of National Library. The visitors were offered coffee. In the afternoon, the visitors were invited to creative workshops and to listen to electronic music by GeraiGerai.

On 4 September, the library was also open to everyone and the readers are welcome back from Monday.

More pictures from the celebration weekend are available on the Facebook page of the National Library at bit.ly/2ct4LhD and bit.ly/2chyDy0. 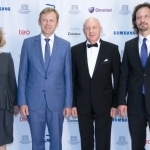 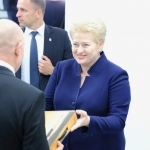 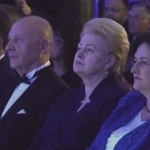 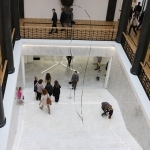 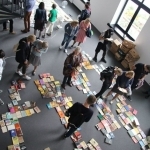 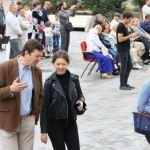 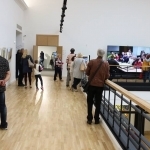 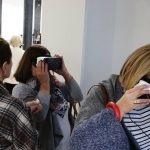 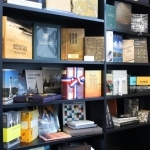 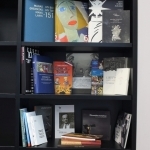 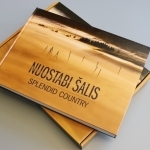 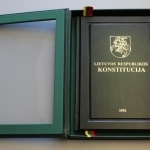 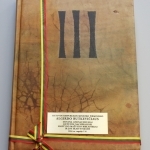 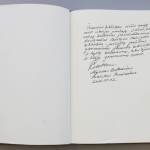 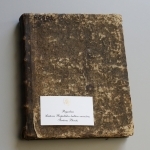 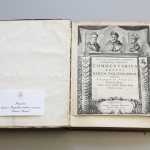 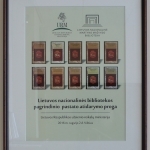 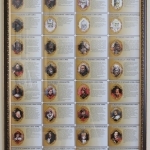 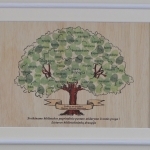 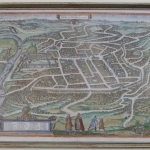