Discussing the future of EU and Lithuanian-Polish relations

The new Lithuanian government will face two challenges: some uncertainty about the EU’s future and the eternal issue of WarsawVilnius relations, which might become really relevant in the case of some geopolitical turbulence. On Nov. 17, Saulius Skvernelis, speaking in the Lithuanian Parliament after being nominated by President Dalia Grybauskaite to the post of prime minister, stated that he will seek to reset his country’s relations with Poland “(Lithuania’s) relations with Poland of the latest period are not bad. However, they are not of a neighbourly style,” Skvernelis said, adding that Lithuanian-Polish relations are important due to co-operation within NATO and economic ties between the countries. He has said his first foreign visits will be to Warsaw and Riga.

In November, the EU’s future and the Lithuanian-Polish relations were discussed by Lithuanian political analysts during the conference titled Lithuania-Poland: European Dimension, which took place in the Lithuanian National Library. The conference attracted an audience of students of the Vilnius-based Institute of International Relations and Political Science, some editors of Lithuanian media, and retired Lithuanian diplomats.

Busy non-retired diplomats could watch it via live broadcast by Penki TV or find it on YouTube. The eventmoderating Ginas Dabasinskas, head of the Information Analysis Unit of the National Library of Lithuania, invited me (a researcher at this unit) and the following three political analysts on stage: Ramunas Vilpisauskas, director of the Vilnius-based Institute of International Relations and Political Science (IIRPS); Marijus Anotonovic, a researcher at the IIRPS; and Andzej Puksto, head of the Department of Political Science of Kaunasbased Vytautas Magnus University. Antonovic and Puksto are Lithuanians of ethnic Polish origin.

Vilpisauskas pointed out that the current Poland government-promoted role of the Visegrad group (the group includes Poland, Hungary, the Czech Republic, and Slovakia) as a tool to reform the EU into a less EU-institutioninfluenced union of sovereign member states is overestimated: the Czech Republic and Slovakia have not moved in step with the WarsawBudapest axis on the issue of the EU’s reform. Jaroslaw Kaczynski, leader of Poland’s ruling conservative party Prawo i Sprawiedliwosc (often abbreviated to PiS; “Law and Justice” in Polish) and de facto ruler of Poland, and Viktor Orban, leader of the Hungary’s ruling conservative party Fidesz and prime minister of Hungary, have similar desire for the radical reforming of the EU, although they do not agree on the Russia issue: the Polish government is a critic of the Kremlin while the Hungarian government demonstrates its friendliness towards the Kremlin.

“The only evident impact of the Visegrad group on the pan-EU discussion is the issue of migrants’ quotas,” Vilpisauskas said, adding that the terms “Visegrad group” or “the Baltic States” mean just “issue-based coalitions.”

Vilpisauskas said that some isolation of Poland in the EU could provoke more interest in Poland in good relations with Lithuania. Puksto and Antonovic spoke about the perspectives of Lithuanian-Polish relations. “According to my estimation, now only some 30 per cent of the PiS politicians are in favour of a somewhat more positive attitude towards Polish-Lithuanian relations,”

Puksto said, adding that Lithuania should allow Polish letters, which are absent in the Lithuanian alphabet, in Polish names in Lithuanian IDs, which was a loud demand of Poland’s previous government.

“Poland is waiting, but it will not wait for an unlimited time,” Antonovic echoed.

Some individuals known throughout Lithuania made their comments from the audience. Journalist Vidmantas Valiusaitis said that he has some information about a visit of the PiS political party emissary to Lithuania. That emissary made some demands regarding Polish letters in Lithuanian IDs as a precondition for a reset of the relations between the countries.

“Who cares about the writing of names? We are Poles who were born in Lithuania, not Poland,” replied Rysard Maceikianiec, who is a man of somewhat interesting biography. He was a Lithuanian MP in 1990, elected in the Vilnius region. He, like all the other five Polish MPs elected from the Vilnius region’s rural constituencies, were the only MPs who abstained during the voting of March 11, 1990, on the re-establishment of Lithuania’s independence (the rest of the MPs voted in favour of independence and nobody voted against it). However, later, Maceikianiec described his abstention as a “mistake.” He established the Polish-language website pogon.lt and became a prominent critic of Polish and Russian chauvinism.

“The main issue should be the issue of minorities’ integration,” echoed military expert Ignas Stankovicius.

The author of this article, who was among the keynote speakers, emphasised that it is impossible to imagine some Western European politician who would interfere in the matters of ethnic minorities in a neighbouring country. It is a taboo due to the tragic historical memories of Hitler’s policy to defend ethnic Germans in neighbouring countries. Only Poland, Hungary, and Russia practice such interference in modern-day Europe. I also said that, ironically, there is a better possibility for Lithuania to have good relations with the current “nationalist” government of Poland than they used to have with the former “liberal” government. I mentioned the facts, which are written in the paragraphs below.

In September, Poland’s ruling political party PiS-supporting magazine W Sieci published an article by Marta Kaczynska titled “Geopolitical situation requires new opening between Poland and Lithuania.” Marta Kaczynska is the daughter of late Polish President Lech Kaczynski, the twin brother of the currently almighty Polish de facto leader Jaroslaw Kaczynski. The latter has no family of his own and Marta Kaczynska is the closest person to him. Therefore, her article can be understood as an interesting signal. Kaczynska wrote that, between 2005 and 2009, presidents of Lithuania and Poland, Valdas Adamkus and Lech Kaczynski, were close friends and their friendship “strengthened the international position of both countries.”

“In 2008, the WarsawVilnius link was burned when (Polish Foreign Minister) Radoslaw Sikorski said that the Polish ethnic minority’s situation in Lithuania and Belarus is similar and when Poland’s representatives refused to join Lithuania’s initiative to block the renewal of the EU-Russia (Partnership and Co-operation) Agreement,” Kaczynska wrote.

At that time, Sikorski and the rest of the then-PM Donald Tuskled “liberal” Polish government tried to reset Polish-Russian relations and turn the socalled Weimar Triangle of Germany, France, and Poland into the main engine of European politics. Both of Sikorski’s above-mentioned ambitious goals are now in tatters. The former Polish government was attacked by the nationalist part of Polish electorate due to its friendship with “historical enemies,” Russia and Germany. Sikorski and Tusk, attempting to demonstrate their patriotism, launched a massive propaganda campaign, mostly on Poland’s state-dependent public television, regarding the rights of the Polish minority in Lithuania: the issue of writing Polish surnames in Lithuanian IDs with all the Polish letters and diacritics, which are absent in the Lithuanian alphabet, and the issue of Lithuanian state-financed Polish minority schools (due to some intentions of Lithuania’s then-centre-right government to introduce more lessons taught in Lithuanian).

In 2011, the EU’s Court of Justice in Luxembourg stated that Lithuania’s practice of writing Polish names in IDs does not infringe the EU’s legislation while then the centreright Lithuanian government, in contrary to the practices in Estonia and Latvia, refused an idea to introduce more lessons taught in Lithuanian in Slavic minority schools. However, the anti-Lithuanian campaign ceased in Poland’s mainstream media only in 2014 after Sikorski was forced to resign from his post of foreign minister due to publications of his secretly recorded conversations, in which he made some anti-American statements.

The anti-Lithuanian campaign was not renewed in post-Sikorski Poland. Now the Sikorski-promoted Lithuania-related issues can be found only in the marginal websites of some of Poland’s ultranationalists. Since the autumn of 2015, after the PiS political party gained an absolute majority in the Polish parliament and heavily took control of Poland’s public television TVP, the antiLithuanian campaign was replaced with the anti-German campaign. Now, almost every evening, the Polish TV viewers are informed about the “pan-EU hegemony-seeking naively pro-Islamic and Russiafriendly” German government, which, apart from those sins, also ignores all the needs of 2 million Poles living in Germany: the Poles have no status of “ethnic minority” in Germany and they have no German state-financed Polish schools there.

Kaczynska emphasised in her article that the 2016 Warsaw summit of NATO and boosting Polish-Lithuanian economic relations could be the basis for reconciliation. She pointed out that Lithuanian Foreign Minister Linas Linkevicius (who is expected to keep his post in the new Lithuanian government) is a liberal in the “issue of Polish surnames.”

“The current geopolitical situation, especially after (the Russian) occupation of parts of Ukraine, the Putin-provoked arms race, the US presidential election’s unclear consequences for our region, and the necessity to seek energy independence urges for new opening in the relations between Poland and Lithuania,” Kaczynska wrote.

Interestingly enough, only now, the Polish governmentfriendly media started to describe projects of the Via Baltica (a 970 kilometre-long highway between Warsaw and Tallinn) and the Rail Baltica (a railway linking Finland, the Baltic States, and Poland) as the “priority projects.” Both projects, which are co-financed by EU funds, are important for the infrastructure of eastern Poland. This part of Poland, traditionally, was the electoral stronghold of PiS and therefore, the previous Polish government showed little interest in development of this rather poor “second-class” region, which got the derogatory nickname “Poland B” among Polish publicists.

The author of this article, speaking about the EU’s future, accentuated that in the nearest future, the Warsaw-Budapest axis will counterbalance some radical euro-federalist enthusiasm, which is promoted by such leaders as Italian PM Matteo Renzi. It will cause some status quo in the EU — the EU will accent the issue of the EU external borders’ security and other non-controversial issues. However, the EU’s future is misty due to the coming constitutional referendum in Italy (Dec. 4) and, especially, the parliamentary election in the Netherlands (March 15, 2017), the presidential election in France (April-May 2017), and the parliamentary election in Germany (the autumn of 2017). In case Renzi loses his referendum, the German political party titled Alternative for Germany will show some good results, and, especially, in the case of victories of the Geert Wilders-led Dutch Party for Freedom and Marine Le Pen, the ideas of Kaczynski and Orban about the EU as the union of sovereign nations will not look so exotic.

Article taken from The Baltic Times, 2016 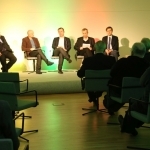 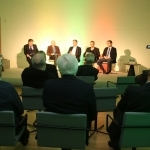 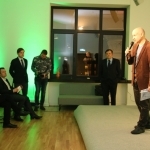 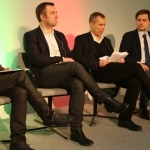