President of the country: libraries are both cultural centres and home for communities

“Our libraries are both cultural centres and home for communities; a meeting place offering assistance and support. Despite the fast pace of our lives and the available virtual space, books will always remain important,” these were today’s words of address of Dalia Grybauskaitė, the President of the country and the patron of the Year of Libraries, to the library representatives who came to the Martynas Mažvydas National Library of Lithuania from all over the country. She thanked the librarians for their passion for books and library visitors. The President also presented individual diplomas of acknowledgement to the most active librarians.

Attendees of the final conference of the Year of Libraries Libraries for Social Change: Read-Learn-Create were also greeted by Ramūnas Karbauskis, Chairman of the Seimas Committee on Culture. He noted that culture will be one of the top priorities of the new Government programme and the activities of the Seimas.

According to Prof. Dr. Renaldas Gudauskas, Director General of the National Library of Lithuania, the Year of Libraries was truly special for the library: after eight years of reconstruction, renovated National Library opened its doors in September. Over the last three months of operation, more than 60 thousand visitors came to the library; nearly 3 thousand new users were registered and about 100 events were organised.

Alina Jaskūnienė, Chair of the Lithuanian Librarians' Association and Director of Birštonas Public Library, was pleased with a great variety of events celebrating the Year of Libraries. Some of the most significant were: National Week of Lithuanian Libraries, Summer with a Book readings, ever-popular literary battles of brains, etc. She also pointed out one of the main community problems – insufficient funding for new books. In Lithuania, the state allocates less than one euro per resident for the purchase of new books.

Andris Vilkas, Director of the National Library of Latvia, shared information about the library and its services to various groups of users.

The second part of the conference: Open Libraries – Door to the Future, was dedicated to a discussion on ways in which libraries could generate value for society and the state through cooperation with various social partners – academic community and representatives of business and creative industries. In his presentation on contemplative life, Prof. Gintautas Mažeikis, Head of the Department of Philosophy and Social Criticism at Vytautas Magnus University, highlighted the differences between openness and publicity as a manifestation of identity, between horizontal activities and vertical plane in the public life. Dr. Rolandas Kačinskas, Policy Director of the Ministry of Foreign Affairs of the Republic of Lithuania, called to look for new opportunities to turn public libraries into community centres for a discussion of relevant topics (such as the European values, transatlantic unity and the place of Lithuania in the world), offering help in navigating numerous sources of information.Žilvinas Jančoras, Chair of the National Association of Creative and Cultural Industries, gave a presentation on creativity and its place in the future libraries and modern communities.Artūras Bulota, Head of Talent Garden Kaunas, shared his views on the possibility for libraries to become a place that brings together a variety of talented people in its coworking spaces.

There are 2.5 thousand libraries in Lithuania employing nearly 6 thousand professionals. More than one million (1.249 million) registered readers or every second resident visited libraries 23 million times in 2015. The country’s libraries own over 107 million books and other information resources. 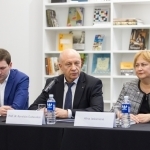 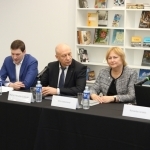 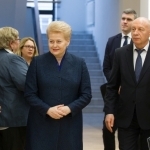 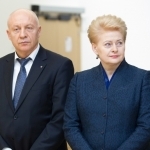 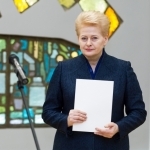 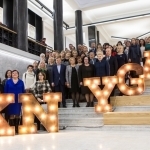 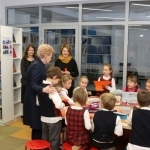 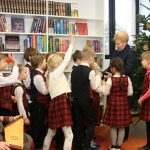 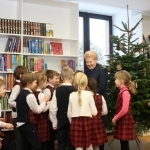 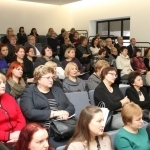 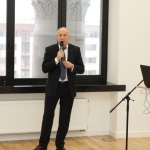 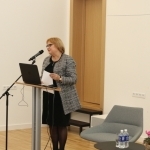 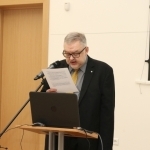 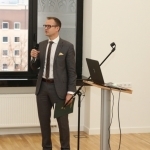 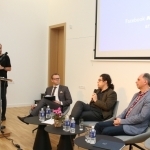