In the run-up to the hundredth anniversary of the reinstating independence of Lithuania, we received some wonderful news: on 29 March, in the Political Archive of the Ministry of Foreign Affairs of Germany (Berlin), Liudas Mažylis, Professor of Vytautas Magnus University, found the original of the Act of Independence of Lithuania in the Lithuanian language. On this occasion, the official facsimile of this Act and originals of the supporting documents were presented in the Martynas Mažvydas National Library of Lithuania on 6 April.

At the beginning of the event, the guests were welcomed by Prof. Dr. Renaldas Gudauskas, Director General of the National Library: “The community of the Martynas Mažvydas National Library of Lithuania offers the warmest greetings to the Professor Liudas Mažylis. Great works are usually accomplished by enthusiasts and there is no doubt that the Professor's challenge will serve as a driving force for Lithuanian history studies. Millions of our people now feel as if after a historical victory of the Battle of Žalgiris. We are also proud that the Ministry of Foreign Affairs of Lithuania and the German Embassy chose the National Library as the most appropriate place for presenting the facsimiles of these historical documents to the public. The hundredth anniversary of reinstating the statehood is one of the priorities in the activities of the National Library. This year alone we will publish three books for the 100th anniversary of reinstated statehood.”

Linas Linkevičius, Minister of Foreign Affairs of the Republic of Lithuania, thanked all parties involved in the discovery of the document: “I would like to thank them all. First of all, Germany – for cooperation and understanding. Our colleagues in Germany are perfectly aware of what this means to our country. I would like to emphasize that this document is the property of Germany and it is not obliged to return it to us. We were promised that we would be allowed to bring the document to Lithuania and put in on public display. We are in negotiation and the atmosphere is friendly. I am grateful to the National Library: we chose this venue because it is an open cultural centre which provides access to everyone. I am grateful to Prof. Mažylis for making this a reality to talk about.”

The historical event and its role was also congratulated by Prof. Vytautas Landsbergis: “We have been enriched. Those twenty men who signed the Act were very orderly and perfectly understood the meaning and time of their work. The document is handwritten – they did not waste time to have it printed and published officially. They were aware that they were upsetting the German government of the time and pushing it into a corner, because the wording of the Act was different than what had been agreed on. This is why they did not wait – they voted and declared the independence on the same night. On 11 March 1990, we would have done exactly the same thing.”

Prof. Mažylis shared the moments of finding the Act of Independence and the prospects for the country: “We are creating the future. 20 minutes between the discovery of the first document to that of the second seemed like forever. Now, links between Lithuania and Germany are growing stronger and acquire a new form. The future is being created and celebrated now. It is the celebration of the century. Let us celebrate the future and create it here, today, tomorrow and always.”

Meilė Peikštenienė, Head of the Home of Signatories, helped to grasp the importance of 16 February 1918 to the history of Lithuania, telling what really happened during that significant day. Actor Rimantas Bagdzevičius read the Act of Independence of 16 February introducing the guests of the event to its contents. As the ceremony was coming to an end, the national anthem of Lithuania sung by all participants and guests of the celebration filled the space of the National Library.

Presentation of the facsimile copy of the Act of Independence was attended by Jutta Schmitz, Ambassador of the Federal Republic of Germany to Lithuania, Toyoei Shigeeda, Ambassador of Japan to Lithuania, Ramūnas Karbauskis, leader of the Lithuanian Farmers and Greens Union, Marija Šlebioda, adviser to the Polish Ambassador to Lithuania, representatives of the media and other honourable guests.

After the closing of the celebration, the guests were invited to learn more about persons who signed the Resolution of the Council of Lithuania – take a look at the National Library’s exposition of the original documents related to 14 out of 20 signatories.

The event was organised by the Ministry of Foreign Affairs of the Republic of Lithuania and the National Library. 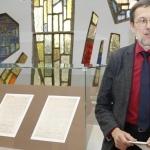 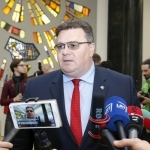 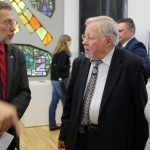 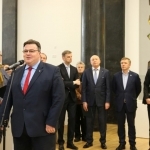 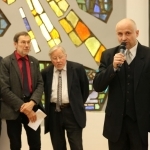 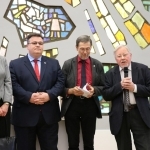 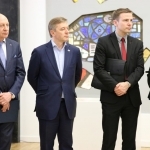 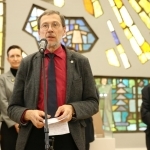 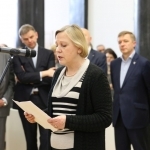 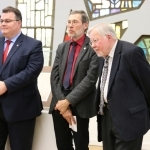 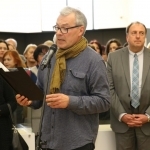 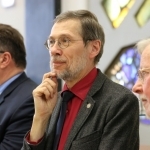 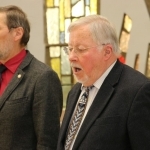 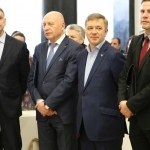 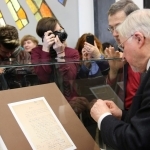 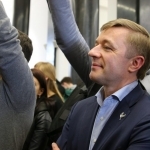 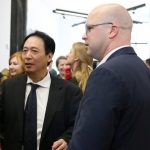 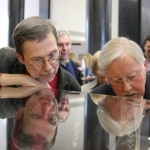 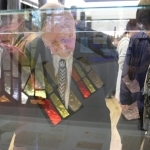 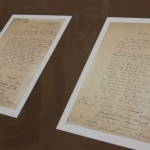 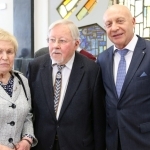 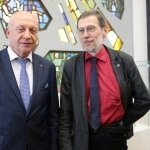 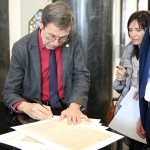 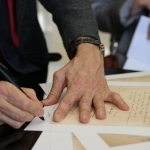 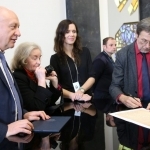 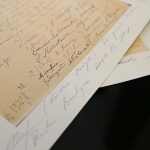