National Week of Lithuanian Libraries opened with awards and congratulations

The best librarians of 2016

Director of the Strategic Development Department of the Martynas Mažvydas National Library of Lithuania Eugenijus Stratilatovas was recognized as the Best Librarian of 2016 for professionalism and outstanding contribution to an increase of progress of the country’s libraries, improving the environment for innovation, promoting development and implementation of innovation in the libraries sector.

Director of Šiauliai City Municipality Public Library Irena Žilinskienė was awarded as the Best Head of Library of the last year for professional activities including implementation of cultural and educational projects promoting creativity and community, development of new services for users, and dissemination of good practices in Lithuania and abroad.

The award of the Best Young Librarian of 2016 was granted to the Head of the Strategic Development and Innovation Centre of Kaunas County Public Library Edita Urbonavičienė for active inter-institutional cooperation, successful representation of libraries and promotion of library activities at national and international level, implementation and development of innovative services and new working methods.

The winners received the awards directly from L. Ruokytė-Jonsson, the Minister of Culture who congratulated all participants of the event. Moreover, the Ministry of Culture granted prizes to the winners. The Best Librarian Award recognises library specialists for the most significant work in the field of library activities and outstanding achievements over the past year.

Congratulations to those contributing to the building of libraries

Attendees of the event were congratulated by Prof. Dr. Renaldas Gudauskas, Director General of the National Library. He thanked the country’s librarians for the thorough work for the benefit of society and the state. The opening was followed by a speech of Stasys Tumėnas, member of the Lithuanian Parliament and the Committee on Culture, and Jolita Steponaitienė, Chair of the Lithuanian Librarians’ Association.

A journalist Richardas Jonaitis who was hosting the event read the letter of congratulations of the President of the Republic of Lithuania Dalia Grybauskaitė to the organizers and participants of the National Week of Lithuanian Libraries. "You are the Library – the slogan of this year’s National Week of Lithuanian Libraries – serves as a symbolic reminder of the talents, interests and knowledge of each and every one of you. This is the opportunity to take a look at your colleagues, readers or strangers even, and discover in them that what interests, surprises and excites you. Let’s show respect to others and hear out every story, even if it does not seem as interesting as we would like it to be at first. After all, stories in the books become more and more interesting with each page: a little bit of attention and patience are all that is needed. These traits are especially important today, when indifference to others gives rise to terrible accidents and social exclusion. You embody the spirit of the library – you create it with your care, work, open hearts and a great desire to read. I wish that this week you are as willing to learn and grow as ever, because Lithuanian libraries change along with you," expressed her sentiments the Head of State calling everyone to experience the slogan of the National Week of Lithuanian Libraries and make it a reality.

A festive mood was created and the ceremony was livened up by musical interludes of Ignas Maknickas, a student of the National Mikalojus Konstantinas Čiurlionis School of Art (class of Doc. Albina Šikšniūtė).

This year, the week of libraries is special for the National Library: having opened its doors after the renovation, the library became open to activities and services previously unavailable in its spaces, inviting a great variety of visitors – from kindergarteners to creators or scientists. On this occasion, we are pleased to offer a rich and interesting program comprised of 15 events.

Let’s develop the Library together! 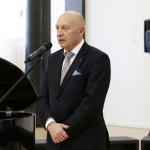 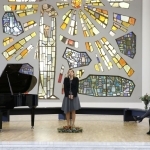 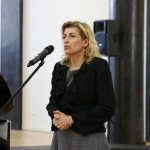 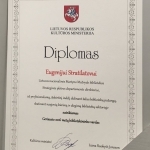 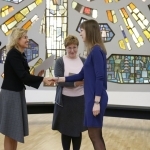 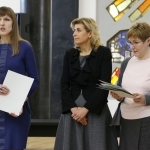 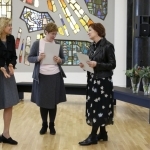 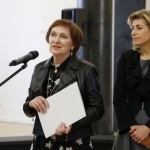 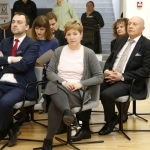 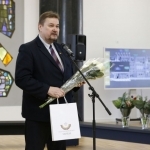 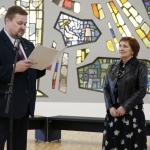 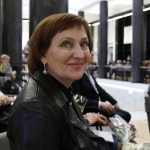 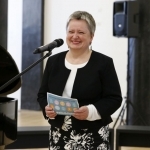 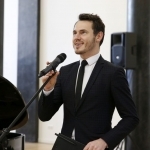 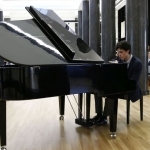 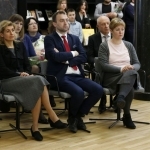 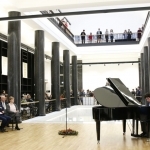 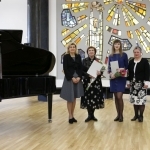 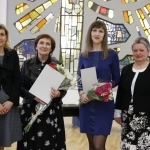 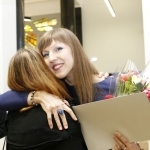 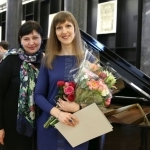 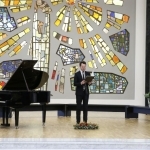 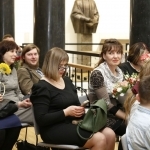 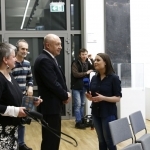 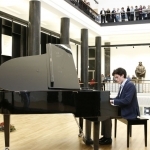