On 5 June, to commemorate the 20th anniversary of the Lithuanian Memory of the World National Committee established by UNESCO, the Directorate of the State Cultural Reserve of Kernavė hosted a ceremony of awarding certificates to five custodians of documentary heritage whose documents or collections were entered into the National Register this year.

We are pleased that one of them was Mattityahu Strashun's personal collection of Jewish books stored in the National Library. The collection is comprised of more than 1,300 prints covering the period of 16th–19th centuries and a geographic area of publishing locations in Lithuania, Greece, Turkey, Italy, Germany, the Netherlands and other countries. Several hundred prints, including several dozens palaeotypes, are the only copies of books and periodicals in our country.

In an attempt to preserve the fragments of Judaica documentary heritage, which have survived the World War II and have been scattered in many countries, the National Library and the YIVO Institute for Jewish Research (New York, USA) are implementing a long-term project. In addition to other Judaica documentary heritage collections, it seeks to virtually restore the Strashun’s personal book collection.

Those interested in the collection of Strashun’s personal library have an excellent opportunity to learn more about it by visiting the People and Books of the Strashun Library exhibition hosted by the National Library.

This collection, which has won recognition this year, is the seventh documentary heritage object stored in the National Library, which has been included in the register of UNESCO Memory of the World Programme.

Other recognized objects stored in the National Library: 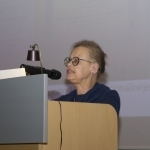 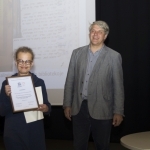 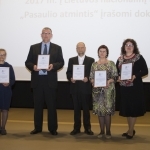 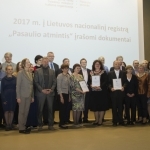 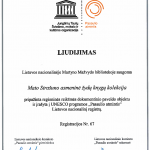