The reconstructed interior spaces of Martynas Mažvydas National Library of Lithuania continue to receive praise from the architectural community. The library’s interior created by the architecture studio 2XJ has recently been included among the world’s top five public projects at the prestigious 2017 awards held in China.

On the 6th of December 2017, the International Space Design Awards Idea-Tops held in Shenzhen named the National Library’s interior created by a team of Lithuanian architects among the top finalists along with the most outstanding projects from around the globe. The most important and influential awards organized for the eighth consecutive year and sponsored by the government of the Republic of China attracted participants and partners from 35 countries. The Idea Tops international annual design forum see the participation of the world’s most prominent architects, Pritzker Prize winners and professors from Harvard, Oxford, Cambridge and Yale universities, the Massachusetts Institute of Technology and other famous architectural schools. For more information about the Idea Tops Awards, click here ›

Following the reopening of its newly refurbished space in September 2016, the National Library has already become a new centre of attraction and has received national recognition from the architectural community. It was selected as the best public interior project at the interior contests “Mano erdvė 2017” (My Space 2017) and “Geras dizainas” (Good Design) and won a gold medal for its reconstruction at the “Lithuanian Project of the Year 2016” awards.

The project also continues to attract the attention of influential international architectural journals as well as educational and research institutions. 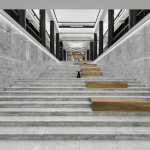 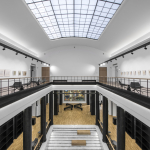 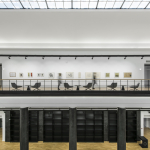 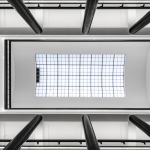 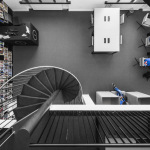