The international book exhibition will be officially opened at 12:00 noon by the Lithuanian Prime Minister Saulius Skvernelis, the head of the Latvian Government Māris Kučinskis and the Estonian Prime Minister Jüri Ratas.  The exhibition “To Be Banned: Baltic Books 1918–1940” will offer a broad overview of the book publishing processes that took place in Latvia, Estonia and Lithuania between the two world wars. A comparatively short period of independence created opportunities for the development of book publishing. The 20s and the 30s of the 20th century was a flourishing time for national book publishing in all three Baltic countries.

The exhibition compiled by the national libraries of Latvia, Estonia and Lithuania will introduce the collection of books from the inter-war period that reflects the innovative character of the publications of that time, their link to the national book publishing traditions and the international trends of book publishing and design.  A special focus will be placed on the figures (book publishers, participants of polygraphic and book distribution processes) who made a significant impact on book publishing and design in the Baltic countries.  Visitors will have the opportunity to learn various stories about them revealing the coincidences that caused their paths to cross and the tragic fates of some of these men.

The exhibition “To Be Banned: Baltic Books 1918–1940” will be displayed in Vilnius, Tallinn and Riga. The prime ministers of Estonia, Latvia and Lithuania will be the first ones to announce the opening of this unique exhibition at the Martynas Mažvydas National Library of Lithuania. The exhibition is devoted to commemorate the 100th anniversary of the restoration of independence of each of the three Baltic states.

The exhibition will be presented to the general public at 6:00 p.m. on the same day. 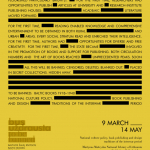