On 10–13 July an international gathering of the representatives of the Lithuanian, Latvian and Estonian national libraries, LiLaEst 2018, was held in the Niedras campsite in Dobele district, Latvia, which was dedicated both to commemorating the 100 years of independence of the three countries and to marking the 50th anniversary of their friendship. The first LiLaEst gathering was held in 1968 in Lielupe, Latvia.

The seminar was opened with a presentation session in which the library representatives discussed current developments in their national libraries and the major changes that the libraries have witnessed over the last two years. Director of Library Services, Kristel Veimann gave an overview of the activities of the National Library of Estonia. Andris Vilks, the Director of the National Library of Latvia, discussed the progress made by their Latvian counterparts. Meanwhile, the Director General of Martynas Mažvydas National Library of Lithuania, Prof. Dr. Renaldas Gudauskas, spoke of the major changes and challenges addressed successfully by their library.

The second part of the seminar was devoted to parallel creative workshops.  Each national library had prepared a program promoting creating thinking.  The representatives of the Latvian library invited attendees to take part in the team game LEGO Serious Play. The Estonian National Library team invited their foreign colleagues into the reconstruction process of their library building expected to be implemented next year which involved designing the new library spaces and creating services to be accommodated in them. Lithuanian representatives offered the attendees to try out an innovative creative methodology, i. e. design thinking based on the service creation process from the users’ perspective.

The event hosts organized a great event programme including a memorable Dobele tour with a festive lunch to mark the 50th anniversary of LiLaEst.  The highlight of the evening on the third day of the event was a traditional christening of newcomers whose number was greater than ever this year. 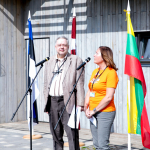 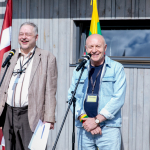 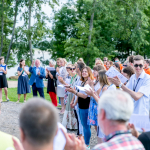 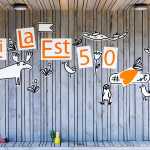 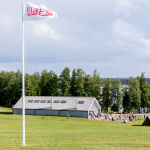 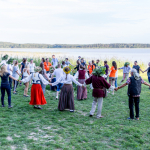 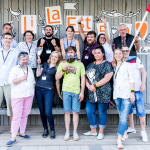 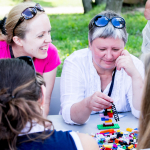 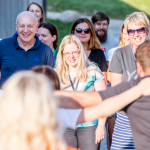 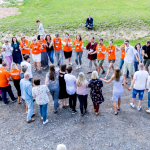 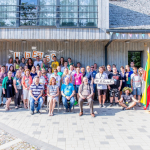 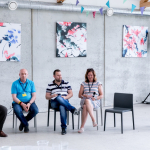