“I do not see any programme or strategy for protecting our spiritual oceans with its fauna and all the life in them,” said Prof. Vytautas Landsbergis, Chairman of the Supreme Council – Reconstituent Seimas and former factual Head of State, at the international conference “The National Library’s Role in Cultural Diplomacy”. He suggested holding events on this broad and relevant topic at least once a month, if not every week.

The Martynas Mažvydas National Library of Lithuania together with the Ministry of Foreign Affairs of the Republic of Lithuania and the Lithuanian National Commission for UNESCO organized an international conference devoted to the topic of cultural diplomacy. There is no single, universal definition of cultural diplomacy, yet it seems that all countries of the world use this diplomatic tool in their practice.

To quote Prof. Dr. Renaldas Gudauskas, Director General of the National Library and one of the initiators of the conference, such forums are beneficial to those who have bold ambitions and are open for cooperation, and the information exchange platform can greatly contribute to the creation of new ideas and projects. “With its multi-faceted activities and events, the National Library has become a high-intensive knowledge, public and cultural space. We are excited about its new role: having transcended the classical, traditional library field, we are transforming into a place for bringing together a community, a place for social engagement, education and communication. This is precisely one of the main goals of cultural diplomacy,” Prof. Dr. R. Gudauskas said.

The professor’s words were echoed by Rytis Paulauskas, Director of the Communication and Cultural Diplomacy Department of the Ministry of Foreign Affairs of the Republic of Lithuania. The experienced diplomat pointed out that the purpose of cultural diplomacy is to seek closer contacts and build bridges for establishing dialogue even with very challenging partners. “The Martynas Mažvydas Library is starting to resemble the United Nations Office at Geneva: both of them have become high-intensive arenas for cultural, civic and political events. The library has numerous examples of good practice in effective management and partnerships, although cultural diplomacy is part of a long and slow process,” R. Paulauskas said.

Asta Junevičienė, Secretary General of the Lithuanian National Commission for UNESCO, emphasized the relevance of the conference topic in today’s Lithuanian and global context. “Today, UNESCO and all countries of the world need as many tools as possible to enhance mutual trust, bring them closer and help them understand one another. This also contributes to the dissemination of the countries’ value-based goals as well as the maintenance of peace and security,” said A. Junevičienė who also wished the library fruitful new projects and initiatives in the field of cultural diplomacy.

In her presentation entitled “Cultural Diplomacy: Latest Developments and Lessons Learned”, Dr. M. Nisbett shared the UK’s experience in this field. The researcher who has been involved in cultural diplomacy research for over a decade, pointed out that today rich countries are proudly starting to leverage their soft power, and that the concept of cultural diplomacy seems to no longer be trendy. “It is not that important what you call it, what matters more is change in people’s attitudes and opinions. “My 2008 survey in which I explored the cultural diplomacy activities of the British national institutions and their impact, was presented to the British Parliament. The Parliament unanimously voted to provide millions of pounds of extra funding for six most important cultural institutions. After the survey, cultural diplomacy was back in political focus. The United Kingdom defined its agenda and now cultural diplomacy receives up to one billion pounds in funding. The lessons that politicians learned was that it is important to be visible as leaders, to stand out and to reach out,” Dr. M. Nisbett said discussing the British Government’s desire to maximize its outreach and impact.

In his presentation “Freedom of Expression and Freedom of the Press as Important Part of Cultural Diplomacy and International Relations”, Dr. M. Lukošiūnas looked at the role of the media in cultural diplomacy and introduced the most recent UNESCO surveys, reports and initiatives on press and media freedom in the world. He also and suggested strengthening the cultural and media diplomacy platform in Lithuania. “The National Library and other cultural institutions together with the public broadcaster and the internet can create an incredible synergy. With such strong and influential players in the field, we can achieve amazing results,” Dr. M. Lukošiūnas said. ­

Prof. V. Landsbergis also provided some meaningful insights during the discussion. He said that the topic of the event – cultural diplomacy in our field – is very broad and a 3-hour conference provides just a quick glimpse into the matter. The Professor suggested holding discussions on this topic at least once a month, if not every week, and make these events appealing and relevant to young people as cultural diplomacy is a topic of crucial importance. It is a diplomacy through understanding of the other. “Last night I tried to understand what cultural diplomacy really entails. Back in the day, we had people’s diplomacy. It manifested through person-to-person and nation-to-nation interactions without the interference of government authorities. When armed resistance was destroyed, we could resort to cultural resistance. Partisan Commander Adolfas Ramanauskas-Vanagas also talked about this. Culture embodies the truth of spiritual life and it is with the weapon of truth that we have to fight against enslavement. There was only one who uttered the words: “I am the Truth”. But he was crucified and nobody dares to follow his path... I do not see any programme for protecting our spiritual oceans with its fauna and all the life in them,” said Prof. V. Landsbergis. ­

The discussion moderator, writer and journalist Rytis Zemkauskas drew a comparison between the search for the definition of cultural diplomacy and jazz: “When asked what jazz is, prominent jazz musician Luis Armstrong said he did not know the answer but added that you would definitely recognize it as soon as you hear it.”

Detlef Gericke, Director of Goethe-Institut, and Marcin Łapczyński, Director of the Polish Institute in Vilnius, also shared their insights on how cultural diplomacy is shaped in Germany and Poland. Daina Urbanavičienė, Chairman of the Lithuanian Council for Culture, said that national institutions have the highest visibility; they are the strongest and can realize the most complex international projects, yet the speaker emphasized the lack of systematic approach, planning and state funding in the field of cultural diplomacy. “The state makes a smaller contribution to cultural diplomacy compared to the funds allocated to cultural projects by the Council for Culture,” D. Urbanavičienė shared her disappointment.

Conference attendees suggested initiating the creation of a long-term state cultural diplomacy strategy, learning to flexibly convey the country’s partnership, using the experiences and skills of the Ministry of Foreign Affairs, leveraging the media for disseminating cultural diplomacy and raising its profile, and organizing exchanges of experiences between practitioners and academicians. They also pointed out that we should always remember that cultural diplomacy starts at home and from there it reaches out to the world. 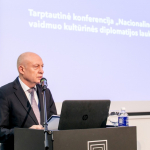 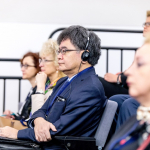 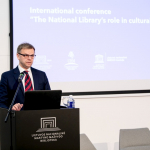 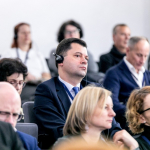 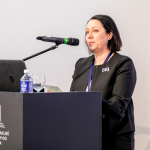 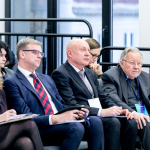 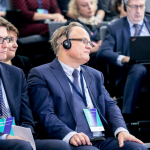 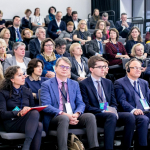 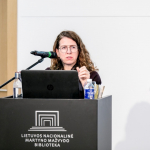 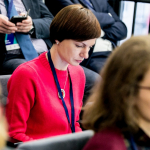 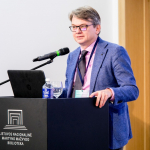 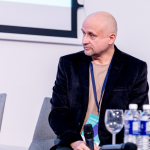 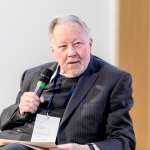 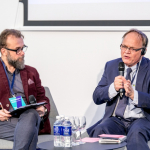 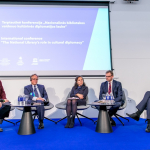 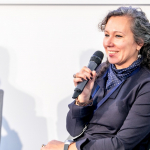