In her address at the opening ceremony, Jolita Steponaitienė, Director of the Information Resources Department of the National Library, said that “mastery” was the first word that came to her mind when looking at the works of the National Library’s restoration specialists. “This word best describes your role and you can rest assured that artificial intelligence will not replace your work,” Mrs. Steponaitienė said.

Dalia Udrienė, a restorer holding the highest qualification category in restoration, gave a presentation about restoring Biblia (1545), a book by Martin Luther (“A Book from Back in the Day: Restoring Martin Luther’s Bible”) at the Library’s Conference Hall. The speaker reminded the audience that Martin Luther’s Bible published in Magdeburg is kept at the Rare Books and Manuscripts Unit of the National Library. The book came into the possession of the Document Conservation and Restoration Unit at the start of 2017. It was in a very poor physical condition due to the damage caused by mould, tears, dirt and loss of the authentic Bible cover. After conducting a comprehensive book structure analysis, it was clear that the restoration of this unique 16th century book would require painstaking efforts from restoration specialists. The “Pro Captu Lectoris” exhibition offers visitors an opportunity to see the result of their professional work.

The organisers came up with the exhibition title drawing inspiration from the portion of the hexameter verse by the Latin poet Terentius Maurus (3rd century AD) which read: Pro captu lectoris habent sua fata libelli. Algirdas Plioplys, Director of the Document Conservation and Restoration Unit, explained that while the second half of the famous verse, which reads “books have their own destiny”, is much more quoted, the organizers decided to include the first portion of the verse in the exhibition title in order to emphasize ­the essence of the exhibition which can be best summed up as follows: ­according to the capabilities of their readers, books have their destiny. “The destiny of the books displayed at this exhibition was in the hands of the restorers. We seek to surprise our visitors and at the same time to educate them and to ignite their interest in the cultural treasures and valuable information resources contained in the collections of the National Library which were already exhibited on several occasions,” Mr. Plioplys said.

The exhibition also features other restored valuable cultural objects that would otherwise have been lost including books and manuscripts published in different countries, parchments, and a piano roll box. All these objects were brought back to life thanks to the mastery of restoration specialists. The exhibits include the first-ever work by the Document Conservation and Restoration Unit – a small-format newspaper Skardas published in Vilnius in 1907 which was independently restored by the restoration specialist Laimutė Zadvornaja. This work marked the start of the professional document conservation and restoration activities conducted at the National Library. Today these tasks are performed by 17 restorers holding high or top qualifications who are able to bring cultural objects damaged by time or human activities back to life. The items featured in the exhibition are a great testimony to their efforts.

The exhibition will be on display until 21 July. 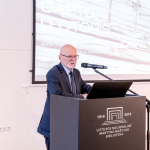 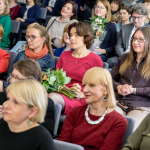 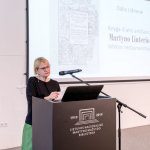 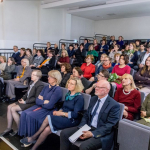 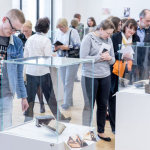 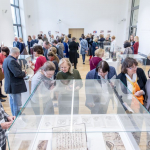 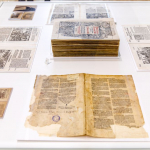 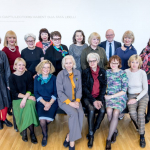