On 20 June, Martynas Mažvydas National Library of Lithuania was visited by a delegation from the Institute for Jewish Research (YIVO) which takes part in an annual international tour programme titled Lithuania & Poland Study Tour: Exclusively for YIVO.

Jolanta Budriūnienė, Director of the Documentary Heritage Research Department, gave visitors an overview of the trajectories of the activities of the National Library which is celebrating its 100th anniversary this year, and emphasised the activities in the area of cultural cooperation and cultural diplomacy which have recently seen more active development, as well as the prospects for the research and dissemination of cultural heritage which makes up a considerable part of the Lithuanian Jewish Documentary Archives. YIVO Executive Director Jonathan Brent discussed the Edward Blank Vilna project and stressed the importance of this project in the preservation, digitisation and creation of the largest digital library of the historical memory of the Jews in Eastern Europe.

Miglė Anušauskaitė, Senior Methodologist-Researcher at Judaica Research Centre, introduced the visitors to the diverse range of the centre’s activities and discussed joint projects implemented in cooperation with YIVO in the fields of education, publishing and dissemination. The visitors had the opportunity to explore the documentary exhibition at the YIVO exhibition space offering a glimpse into various aspects of the life of Lithuanian Jews in the first half of the 20th century in Kaunas. 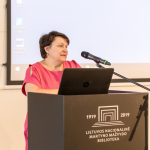 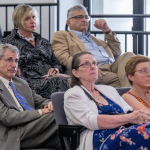 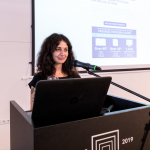 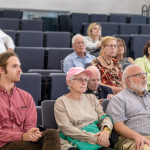 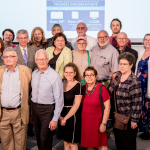