100 days until the National Library’s anniversary

100 days until the National Library’s anniversary

Soon, on 9 October, an exhibition of the most precious documentary heritage preserved at the National Library will be opened, and on 14 November, there will be the festive event dedicated to the centenary “The Library for People”. 15 November will see the international research conference “Libraries of the 21st Century: Traditions and Innovations”, which will host discussions by researchers from all over the world, and 16–17 November, a festive open weekend at the Library entitled “100!”.

The National Library’s executive says that the Library has learnt the most important lesson: long-term success goes hand in hand with long-term planning. “Professionals of the National Library perceive strategic thinking and long-term planning as permanent progress. The Library has never been so popular and in so high demand, and even trendy. Today the Martynas Mažvydas National Library is well-known and unique by its new-mix activities. We are exceptional because we operate by following an original model, which we themselves devised”, says Renaldas Gudauskas.

With reference to this anniversary, numerous experts note that the National Library has played an essential role in substantially changing the concept of a library’s remit and mission. It is no accident that for many, the library is a home for spirit as well as a source for science, education, culture, economic processes and national projects. It accommodates knowledge accumulated by numerous generations, which must not remain passive. Today the National Library is thought of as a modern, innovative and proactive social institution characterized by terms from the field of dynamics.

Key episodes from the establishment of the National Library

The concept of a Lithuanian national library originated as far back as the early 19th century and was supported by such contemporary cultural figures as Simonas Daukantas and Motiejus Valančius. However, it was not realized because of the ban of the Latin scrip (1864–1904). Arguably the most active collector of Lithuanian press was the Lithuanian Scientific Society established in 1907. This work was significantly suspended by World War I events, and the restoration of the Lithuanian State in 1918 gave the issue of the establishment of a national library a new perspective.

1919 was the year when the idea of establishing a national library was given a fresh start. Lithuania’s People’s  Commissariat for Education reorganized the former Vilnius Public Library (up to 1832, Vilnius University Library) into the Lithuanian Central Bookshop, which started operating on 1 February that year. However, on 21 April 1919 its operation was discontinued because of the occupation of Vilnius by Polish legions. The library’s establishment was renewed by the first would-be director of the Library Eduardas Volteris, 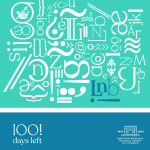