Exhibition “The Flowers of Blue Deeps”

Martynas Mažvydas National Library of Lithuania presented the joint exhibition “The Flowers of Blue Deeps” featuring the paintings of Danguolė Raudonikienė (b. 1937) and composer Dalia Raudonikytė With (1970–2018).

At the exhibition, works of D. Raudonikienė were displayed next to the paintings of her daughter, the composer of orchestral and electronic music, D. Raudonikytė With. The expressive, free-form painting of D. Raudonikytė With can be perceived as the continuation of her experimental, minimalist, contrasting musical spaces. Although the composer‘s music is characterised by literary, philosophical references and interdisciplinarity, the exhibition featured expressive painting and its plots in an open and intimate conversation with the naive style works of D. Raudonikienė.

The D. Raudonikienė and D. Raudonikytė With exhibition “The Flowers of Blue Deeps” was the second exhibition of naive art in the renewed National Library. It invited you to look at this genre while abandoning one’s preconceptions and perceive this art as an integral part of Lithuanian art history. 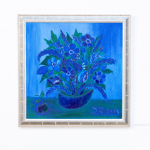 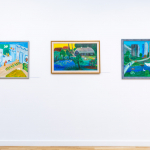 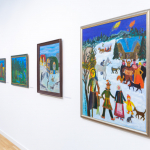 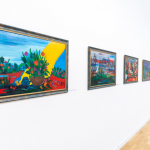 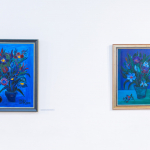 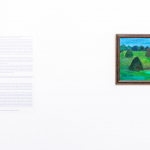 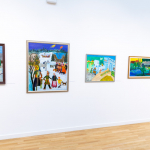 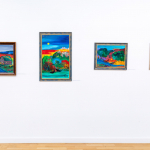 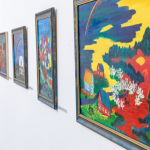