National Library takes part in a representation event in Switzerland

The event titled “Lithuanian Days 2021” dedicated to celebrating the 100th anniversary of diplomatic relations between Lithuania and Switzerland and the 30th anniversary of their re-establishment provides an occasion for the Martynas Mažvydas National Library of Lithuania to present the potential applications of the data on the topic of diplomacy contained in its collections as well as its archival and documentary materials in creating new content and form. The representation event taking place in Locarno, Switzerland, sees the participation of the delegation of the National Library led by Director General Prof. Renaldas Gudauskas.

This year marks the 100th anniversary of diplomatic relations between Lithuania and Switzerland. The National Library’s top priority is to have the opportunity to present, through cultural diplomacy, heritage and modern innovations, the conversion of the library’s archival collections and documentary heritage data into visual forms of expression, i. e. new and modern forms of art which intensely and dynamically communicate the attractiveness of the documentary material and visual expression for today’s users. A representation event titled “Lithuanian Days 2021” is taking place from 6 to 9 August 2021 in Locarno, the Swiss Confederation. During the event, the National Library presents, through modern visual story-telling, the most notable examples of cooperation that took place between the two countries as well as their prominent figures from the earliest times to the modern era, based on its archival and documentary materials.

“The National Library of Lithuania contributes to cultural activities gradually bringing an international dimension to them and is becoming one of the leading cultural institutions in Lithuania involved in cultural diplomacy based on the exchange of values, traditions and other cultural or identity-related aspects in enhancing social and cultural cooperation,” Prof. Dr. Gudauskas, Director General of the National Library, said.

In July of this year, the National Library of Lithuania signed a cooperation agreement with Il Rivellino LDV Cultural Centre & Art Gallery based in Locarno, Switzerland. The subject of this agreement is international cooperation in organising cultural event activities, cultural and media diplomacy platforms and in carrying out dissemination of information. The agreement is important for developing international cooperation between the two countries and in performing the activities attributed to cultural diplomacy taking into account mutually beneficial fields of activity. Arminio Sciolli, art collector and gallery owner and director of Il Rivellino Cultural Centre & Art Gallery, is a good friend of the National Library. He has donated a unique Russian exodus collection and other rare publications to the library. For a number of years now, he has been organising Lithuanian cultural programmes in Switzerland and has been taking care of our country’s artists. 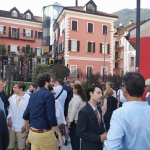 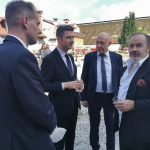 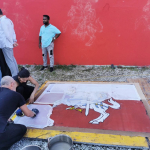 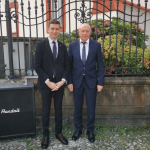