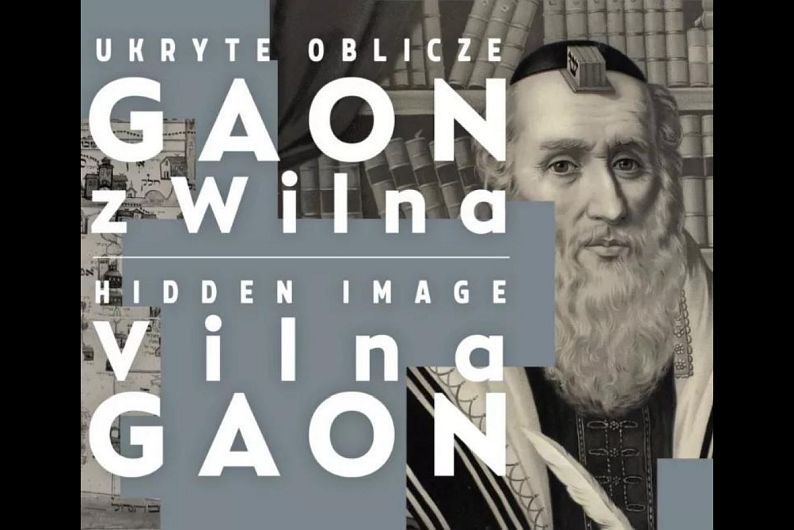 Exhibition dedicated to the Vilna Gaon opens in Warsaw

In commemoration of the Year of the Vilna Gaon and the History of the Jews of Lithuania declared by the Parliament of the Republic of Lithuania, the Martynas Mažvydas National Library of Lithuania arranged an exhibition of publications of documents titled “Shenot Eliyahu/Elijah’s Years: The impact of Vilna Gaon on Lithuanian Jewish Culture” in 2020. The exhibition was dedicated to the 300th anniversary of the Vilna Gaon Elijah ben Solomon Zalman. It provided an insight into the Vilna Gaon as a person, his intellectual and pedagogical activities as well as his impact on Vilnius Jews, their mentality and culture. The exhibition featured the documents that reflected the Gaon’s life, as well as his own works and those of his students. Prepared on the basis of the National Library’s Judaica Collection, the exposition conveyed the abundance and richness of this collection.

According to the historian of Jewish culture L. Lempertienė, the Vilna Gaon’s name made perhaps the greatest contribution to raising the profile of Vilnius as “the Jerusalem of the North” as the city became the world-famous Jewish spiritual centre. The legacy of the Vilna Gaon includes his commentaries on the Scripture, Mishnah, Talmud, and the Book of Splendor.

The exhibition at the Jewish Historical Institute in Warsaw will be open to the public from 21 October. L. Lempertienė will be among the attendees of the opening ceremony. She will later join her Polish colleagues to attend one of the events accompanying the exhibition – the discussion on the topic “Who are Litvaks?”.