A delegation from the YIVO Institute for Jewish Research paid a visit to the National Library on 4 April 2022. The members of the delegation included Executive Director Dr. Jonathan Brent, Director of the Archives Dr. Stefanie Halpern, Chief of Staff Shelly Freeman, and Director of Public Programs Alex Weiser.

The Executive Director of the YIVO Institute for Jewish Research, Mr. Brent, expressed his gratitude to the National Library and its community for their constructive cooperation, and stated that he was very pleased with the results of the research and dissemination activities carried out in recent years with respect to the Judaica documentary heritage. The guests expressed their solidarity and support for the people of Ukraine, and emphasised the desire of the YIVO community to contribute, together with the National Library, to the initiatives aimed at preserving the cultural heritage ​​of war-torn Ukraine.

Director General of the National Library Prof. Dr. Renaldas Gudauskas praised the partnership between the National Library and the YIVO Institute for Jewish Research which has been developed in recent years and emphasized the prospects for continuing this partnership. The meeting, which was also attended by the Deputy Director General for Science and Strategic Development, Dr. Ingrida Veliutė, and the Director of the Documentary Heritage Research Department, Dr. Jolanta Budriūnienė, included a discussion on the further prospects of cooperation in digitizing the Judaica archival documents, while at the same time implementing research-based dissemination projects.

Dr. Brent also presented the National Library with a gift from the Bodleian Library of the University of Oxford (UK) – a book titled Burning the Books by Bodleian Libraries Director Richard Ovenden. This book covering a history of preserving recorded knowledge spanning three thousand years, describes the situation of the YIVO and Vilnius libraries during the Holocaust.

In 2017–2021, the National Library, together with its partners in the United States and Lithuania, implemented the Edward Blank YIVO Vilna Online Collections Project which costed 7 million US dollars and was aimed at virtually reuniting YIVO’s pre-war library and archival collections. Dr. Stefanie Halpern, Director of the Archives at the YIVO Institute for Jewish Research, noted that the new digital library has been attracting a large number of users from all across the globe. Each month, the library receives a traffic of about 10,000 users who are interested in Jewish cultural heritage documents.

The representatives of the YIVO delegation will also attend a public launch event which will be held on 6 April to unveil the new publication of the National Library – an autobiography by Beba Epstein, a Jewish girl who lived in Vilnius. B. Epstein’s Autobiography is a publication from the Reading Jewish Heritage series focusing on the documentary sources of Jewish culture published by the National Library and the YIVO Institute. This series aims to introduce the readers to the authentic written Lithuanian Jewish heritage: creative work, world-view and diversity of ideas and views. 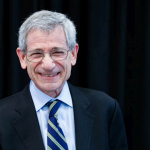 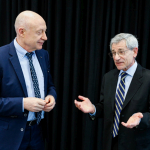 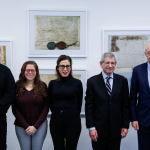 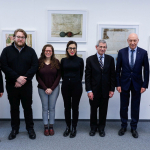 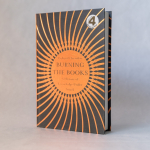