Exhibition "Books of Laughter and Memory: Translations of Czech and Slovak literature into Lithuanian"

On 14 September – 6 October the exhibition "Books of Laughter and Memory: Translations of Czech and Slovak literature into Lithuanian", dedicated to the centennial anniversary of diplomatic relations between Lithuania and the Czech Republic, as well as to the second presidency of the Czech Republic of the Council of the European Union, is being held at the Statehood Centre of the Martynas Mažvydas National Library of Lithuania.

At the end of 1921, when Lithuania and Czechoslovakia began their diplomatic relations, cultural relations began to emerge likewise. The exhibition highlights the variety of books translated from Czech and Slovak into Lithuanian from the interwar period to our present day, the trends, the influence of historical events and the contribution of translators, without whom famous Czech and Slovak authors may not have spoken in Lithuanian. The exhibition is divided into three periods: the interwar period, the Soviet era, and the Restoration of Independence. Works translated from Slovak are exhibited separately, along with brief introductions to famous authors: Jaroslav Hašek, Milan Kundera, Karel Čapek, Vaclav Havel and Bohumil Hrabal.

The first Czech translations in Lithuania appeared as early as the interwar period. During the Soviet era, translations from Czech were dominated by children's literature, works of socialist ideology, and a large part of literature was translated from a secondary language, Russian, which undermined the purity of the texts. It is therefore not surprising that the most famous Czech authors were translated after Lithuania restored its Independence, when freedom of speech was revived in Czechoslovakia after the fall of the Iron Curtain and the end of censorship. In this new era of Lithuanian independence, readers could become more familiar with the works of B. Hrabal, V. Havel and M. Kundera. In recent years, efforts have also been made to introduce Lithuanian readers to the most recent authors of contemporary Czech literature.

"Just as the united republic of Czechoslovakia is made up primarily of two nations, the Czechs and the Slovaks, so Slovak writers stand out in Czechoslovak literature", wrote the magazine Kultūra (No 6/7) in 1938, which included a review of Slovak literature and perhaps the first translation of a work into Lithuanian, the novella “The Theatre in the Countryside”, by Slovak writer Zuzka Zguriška. The idea of publishing a collection of Slovak novellas remained unrealised, so the first books were published only during the Soviet era. Although translations from Slovak are still not abundant, they provide an insight into Slovak culture, allowing us to find commonalities and differences.

This exhibition is like an answer in dialogue – on the 7th of April in 2022, the book exhibition "Centenary of the Czech Republic and the Baltic States. Literature", featured books published in Czech by Lithuanian, Latvian and Estonian authors.

The exhibition is organised by the Lithuanian National Martynas Mažvydas Library in cooperation with the Embassy of the Czech Republic in Lithuania.

Briefly about the exhibition 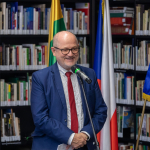 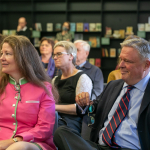 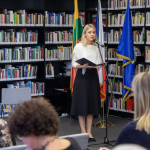 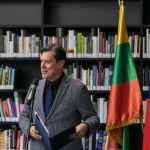 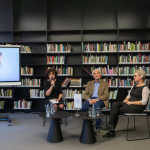 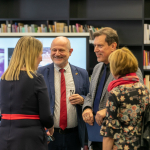 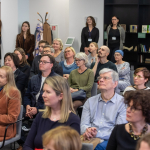 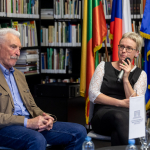