On 20–22 January, the Martynas Mažvydas National Library of Lithuania became a venue for the global event LT Game Jam 2017, organised for the first time in four Lithuanian cities: Vilnius, Kaunas, Klaipėda and Šiauliai. The event held in the National Library attracted more than 500 enthusiasts interested in computer game development. The initiators of LT Game Jam 2017 – the Lithuanian Game Developers Association and Blaster cluster.

What a weekend it was! Over 36,000 jammers in 702 sites across 95 countries have created over 7,000 games, meaning that Global Game Jam 2017 (GGJ17) has broken all of last year's records and become the newly-crowned Biggest Game Jam Ever.

Artists, musicians, coders, designers, writers, producers and more, from astonishingly diverse corners of the world, spent a hectic weekend creating games inspired by the deceptively simple theme of "waves", with matters being complicated by our list of optional diversifiers. The games that emerged at the end of the weekend took the theme in many directions, some very literal and others more esoteric. There were ocean waves, sound waves, Mexican waves, enemies attacking in waves, players communicating by waving their hands, and so much more.

GGJ17 was also an enormous event on social media, with massive levels of participation on Twitter and Facebook. As in 2016, it also had an extensive Twitch video streaming presence, with dozens of jam sites across the world sharing their passion for games with the world. It was not all games, though: jammers shared pictures, videos and stories about the food they were eating, the friendships they were forming, the new skills they were learning and even the mascots their teams had adopted. 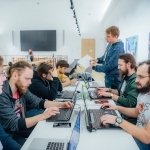 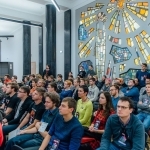 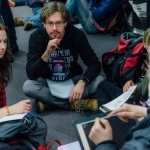 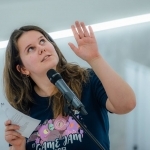 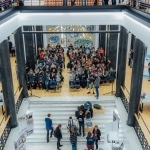 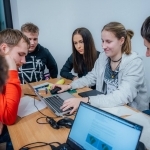 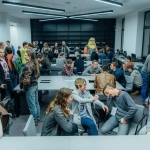 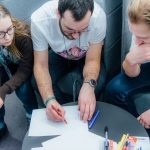