More Opportunities to Get to Know the Jewish Documentary Heritage

On the 26th of February, the Institute for Jewish Research (YIVO) in cooperation with the Centre for Jewish History opened an exhibition curiously titled “Jews in Space” at its headquarters in New York. It presents not only treatises on astronomy of Rabbis, ancient calendars and sky maps but also sheds light as to how Jewish astronauts celebrate Sabbath while in orbit.  We are happy to add that the exhibition also displays a copy of the 18th c. astronomy manuscript containing three-dimensional calendar tables which is kept at the Martynas Mažvydas National Library of Lithuania.

In recent years, the cooperation between the National Library and the Institution for Jewish Research has been assuming a variety of different forms.  It is important to mention the YIVO Vilna Project, which, started in 2015, aims to create the largest digital library preserving the historical memory of the East European Jews.  Documents stored at the National Library and other Lithuanian memory-preservation institutions will constitute an integral part of this library.  The exhibition held in October 2017 in New York presented the Jewish documents of significant historical value from the collections stored at the National Library.

This month the National Library together with its partner Institute for Jewish Research will announce the international conference which will primarily focus on the development of the educational activities in integrating the content of the Judaica documentary heritage into the teaching process. 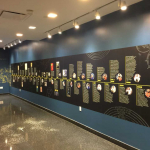 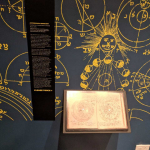