After the historic forum of the Israeli and Baltic prime ministers which took place at the Martynas Mažvydas National Library of Lithuania on 24 August, Israeli Prime Minister Benjamin Netanyahu returned to the library on Sunday, 26 August, for yet another, slightly more emotional meeting – an introduction to the Judaica Research Centre of the National Library’s Documentary Heritage Research Department (DHRD) and its unique collection of Jewish books and manuscripts. This stop had not been included in the official itinerary of the visit and was organised at the personal request of the prime minister, who proudly calls himself a litvak and is exceptionally interested in the past and present of the Jewish community of Lithuania and Vilnius. Benjamin Netanyahu and his wife Sarah were accompanied to the Judaica Research Centre by the Israeli ambassador to Lithuania, Amir Maimon, the Lithuanian ambassador to Israel, Edminas Bagdonas, the Lithuanian minister of foreign affairs, Linas Linkevičius, chairwoman of the Lithuanian Jewish Community, Faina Kuklianski, and journalists from both Israel and Lithuania.

The head of the DHRD Judaica Research Centre, Dr. Lara Lempert, presented to the Israeli prime minister the eighteenth-nineteenth century handwritten chronicles of the Vilnius and Kaunas synagogues, rare books from the library of Matas Strašunas (among them the oldest Hebrew book in Lithuania – a commentary on the Psalms dating back to 1512), Zalman Shneur’s poem about Vilnius illustrated with Hermann Struck’s engravings and various books, school books and notebooks for Jewish Lithuanian children. Guests showed a particular interest in the correspondence between the Hebrew literary and political figures Hayim Nahman Bialik, Shaul Tchernichovsky, Ze'ev Jabotinsky and the Hebrew schools of Kaunas as well as the letters of historian Simon Dubnov to the Vilnius YIVO Institute. All of these artefacts had the prime minister’s full attention and live commentary. The prime minister even read aloud a poem from a Hebrew schoolbook published in Kaunas in 1937, emphasising that this level of the Hebrew language was missing from the repertoire of today’s Israeli schoolchildren.

As the visit came to an end, Netanyahu closed with the following remarks: “This was a powerful and rich world. It once was and no longer is. Preserve their documentary memory.”

The Israeli prime minister’s heartfelt and informal communication added a touch of warmth and charm to his visit. The honourable guest was presented with a parting gift of Israel Lempert’s book Litvakes, which also mentions the Netanyahu family.

The visit has already caught the attention of Israeli media and social media. 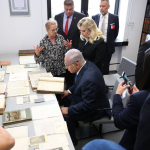 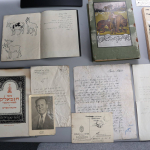 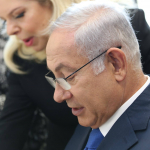 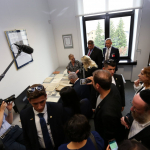 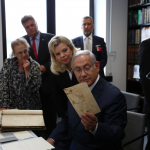 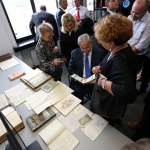 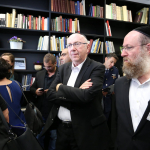 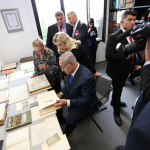 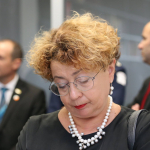 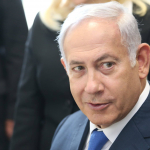 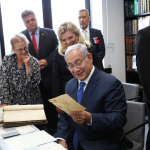