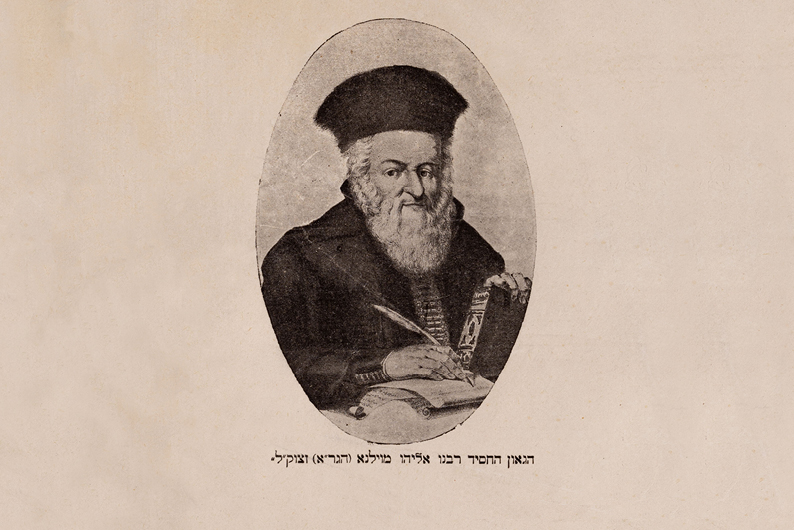 The Pearl of Vilna Crown: Elijah ben Solomon Zalman, the Gaon of Vilna

Who was this Jewish sage born 301 years ago? What impact did he have on Lithuanian and world Jewry? What legacy did he leave behind?

Join historians Lara Lempert and Elli Stern for an in-depth conversation on the Vilna Gaon, one of the most famous people to have lived in Lithuania. He became an influential religious leader in the Jewish world and has remained important for the Litvak religious tradition. The year of 2020 marked the 300th anniversary of the birth of the Gaon of Vilna. Sadly, plans to celebrate this momentous milestone in Lithuania and worldwide were thwarted by the pandemic.

Dr. Lara Lempert is the head of the Judaica Research Center at the Documentary Heritage Department in the National Library of Lithuania and the curator of its Judaica collection. Her field of expertise is the cultural history of the European and Lithuanian Jewry. She is an author of numerous articles and an editor of several books.

Eliyahu Stern is Associate Professor of Modern Jewish Intellectual and Cultural History in the Departments of Religious Studies and History at Yale University. Previously, he was Junior William Golding Fellow in the Humanities at Brasenose College and the Oriental Institute, University of Oxford. He is the author of two award-winning books, The Genius: Elijah of Vilna and the Making of Modern Judaism (Yale University Press in 2012) and most recently, Jewish Materialism: The Intellectual Revolution of the 1870s (Yale University Press, 2018).

In collaboration with the General Consulate of Lithuania in New York and the Martynas Mažvydas National Library of Lithuania.