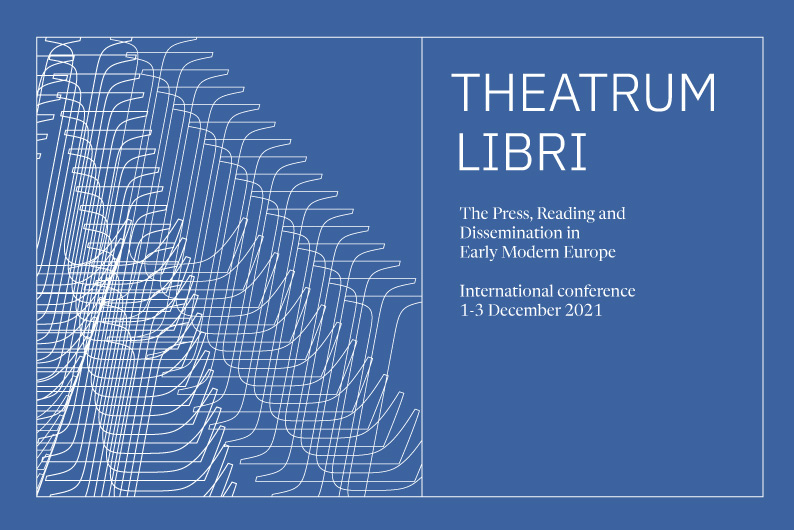 On December 1-3, the Martynas Mažvydas National Library of Lithuania hosted the international conference, “Theatrum Libri: The Press, Reading and Dissemination in Early Modern Europe,” which was dedicated to the centenary of the establishment of the first archive in the Republic of Lithuania. The conference brought together researchers from Europe, Asia and the United States. They presented papers and shared their insights on the history of the book and application of digital humanities and computational history.

In the early modern period, the word “theatrum” was often used metaphorically in book titles. In the Renaissance and Baroque era, the word referred to the ongoing accumulation, systematization and orderly arrangement of knowledge on a subject. It is no coincidence that the word “theatrum” was also used in the title of the three-day conference. A printed book and a manuscript were presented as an archival phenomenon in terms of content (the accumulation of knowledge) and form (the accumulation of books). The dynamics of the book’s creation, its structure, and printing were analyzed in the context of socio-cultural processes. The presenters also discussed the roles of the author, the publisher, the distributor, the reader, and the collector of books.

For three days, the National Library of Lithuania had become an international focal point of the history of the book and digital humanities for both, the researchers of the old book and those interested in these topics. The conference featured three plenary lectures and thirty-three presentations, in-person and virtual. Researchers from Lithuania, Latvia, Finland, Italy, France, Portugal, the United States, India, the United Kingdom, Poland and the Czech Republic participated in the conference. More than 350 people from all over the world watched the conference virtually.

Participants shared their latest research, as well as their methods and the application of digital humanities and computational history in book research. They presented their research in sessions on “The Theatre of Knowledge,” “The Circulation of Knowledge,” “Book Printing, Trade and Consumption,” “The Dissemination of Medical Knowledge,” “Books and Identity,” “Censorship and Propaganda,” “Private Libraries,” and “The Paratexts of Books.”

One of the organizers of the conference, Dr. Viktorija Vaitkevičiūtė-Verbickienė, head of the Rare Books and Manuscripts Unit at the National Library of Lithuania, summed up the conference, saying that the variety and richness of presentations showed that the aim of analyzing the concept of the book in different aspects had proved to be a success. The book was viewed as a disseminator of knowledge, an object of censorship and propaganda, and even as a medical knowledge. According to Dr. Vaitkevičiūtė-Verbickienė, the conference proved that the book is still needed.

The opening of the exhibition “Theatrum Libri” became an important part of the conference. The exhibition offers a new and contemporary look at the archive as a dynamic historical phenomenon. “Theatrum Libri” presents the unique exhibits as a research object, allowing the visitor-researcher to navigate through the multilayered archive of the National Library of Lithuania: to explore, investigate and discover the stages of the book’s creation, the initiatives for collecting and preserving the books, as well as the signs of reading and dissemination.

Photos of the conference can be found here.

The conference was sponsored by the Lithuanian Council for Culture, Nordplus and the project, “Going beyond Search: Advancing Digital Competencies in Libraries and Research Communities (NPHZ-2019/10075).

Partners of the conference: Palace of the Grand Dukes of Lithuania, Institute of Lithuanian Literature and Folklore and National Museum of Lithuania.

The conference was organized by the Martynas Mažvydas National Library of Lithuania.